Eccleston Delph has been known as the Eccy Delph, or Hurst House Delph for the last century, and was mined by 12 local quarrymen producing stone for Blackpool Promenade and thin slates to cover the local barns and roofs.

The Family of "Hurst" who originally owned and worked the Quarry, were well known in the area as Mr Hurst was Chairman of the Parish Council of Heskin for 20 years.

In 1930 the quarry became known as Marsh's Quarry, or Marsh's Delph.

Many thanks to Maureen and Bob Marsh for providing the photo's and history of Marsh's Delph in the 1930's and 1940's.

After Freda Marsh left the quarry the pumps clearing the water were turned off and the natural spring began to fill the quarry, becoming what was considered a natural beauty spot. 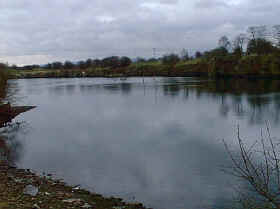 Neil Smitham, Chairman of the Trafford Sub-Aqua Club has kindly given us permission to share these pictures. 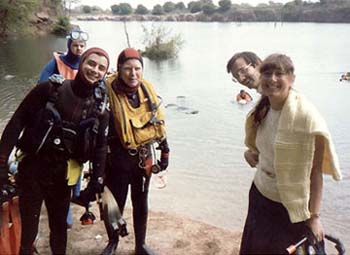 Taken in the early 90's, a group from the club on the beach. 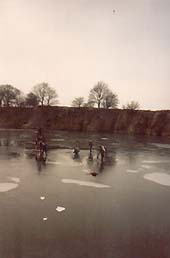 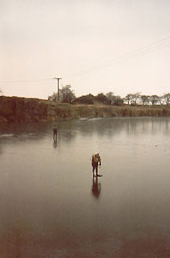 Eccleston Delph, a flooded quarry in the heart of Lancashire, was never meant to reveal it's gruesome secret. But the body of Martin Johnstone never hit the bottom. The naked, mutilated corpse was found by amateur scuba divers. Read all about it here 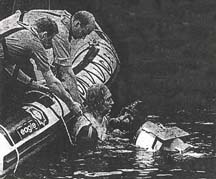